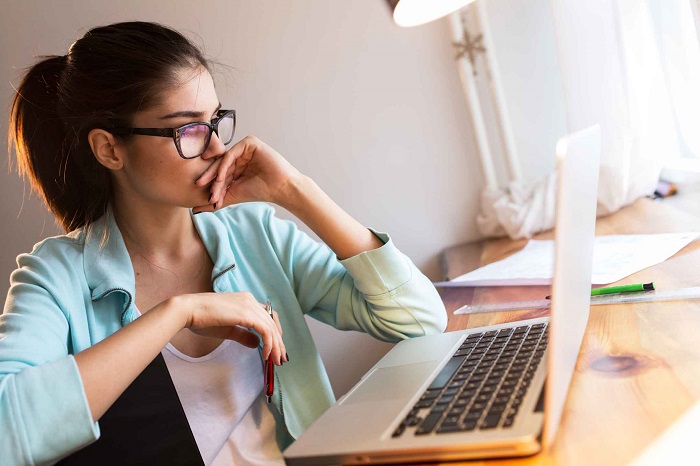 by Writers Team
in Improve writing

In order to state the opposing perspective, you need to use the appropriate transitional words or phrases. They make your writing style smooth and coherent along with presenting a link between the ideas. Terms like however, admittedly, but, alternatively and although are some good examples.

Summarize the opposition’s point of view in an open and honest manner. Ignoring it is futile as it will make the audience question the credibility of your own argument. Try to place it before your own claim. This will impress the reader and display your broad-mindedness. There are several ways to address it such as “Opposing views claim…” “It is frequently argued that…” or “It is true that…”.

To make your own claim stand out, you must acknowledge the valid aspects of the counterclaim. But do it in a way that still puts your perspective above it. The strength of your claim should be stronger than the opposition. Here is a counterclaim example, which includes strong arguments from both sides:

Supporters of the usage of E-cigarettes claim that they are not toxic to the environment because it is merely water vapor being expelled in the air. At the same time, these advocates fail to mention that apart from the water there are other damaging elements in the released vapor.

Use Strong Verbs for Denial or Assertion

As an essay is also a display of your best writing skills, the diction that is used is of crucial importance. If the words are not as powerful as the ideas in your head, they will never be very effective. When denying a claim make use of terms like “I reject,” “disagree” “doubt” or “question this view”. For assertion, it is best to use phrases such as “argue” “claim” “conclude” “reason” or “support that”.

Do not hesitate to bring out the best evidence to support the counterclaim. Do not select a “straw man” or the weakest possible argument that is easily refutable. Show the readers that your claim is convincing enough to thwart the strongest of the opposing party. Another very important thing to remember is to never make up evidence. Always do proper research to find points about the counterclaim that is genuine and worth including.

Provide everything from a detailed explanation, example, insight and logic to support the evidence you have picked for presenting the counterclaim.

Do not start denying the opposing view straight away. Accept the criticism and do not hold back pointing out its reasonable elements. But make sure to minimize their position by turning the argument like this:

“This objection might be valid; however, it does not alter the fact that…”

Criticize the Evidence and Analysis

Forgoing back to your own thread of argument you need to go against the analysis and evidence of the counterclaim. Dismiss them as being irrelevant, misinterpreted, and not authentic enough. To refute the counterclaim, it is important to make it clear that it is not actually a genuine issue. You can begin by something along these lines:

“This argument ignores the major point that…”

The reasoning behind the counterargument should be rebutted carefully and not with a weak or nervous dismissal. Concede the force of the claim and put forward your ideas accordingly. It is essential to restate your thesis in a more qualified, exact, and nuanced manner. This will allow you to take an account of the objection and to refute it.

To make it easier, create a draft that has both arguments clearly stated. Imagine how an intelligent person might disagree with your claim or see the problem in a different way. That will assist you in creating some failsafe reasoning to take down those ideas.

The conclusion to a counterclaim should not simply contain the writer’s viewpoint or thesis statement. Point out why the counterclaim is not a sufficient answer, especially in comparison to your own claim. You can begin the conclusive lines with “thus” “therefore” or “As a result”. It is essential to carefully proofread and edit your claims and rebuttals to ensure there aren’t weaknesses in the structure.

These were 10 of the most basic tips to keep in mind when writing a counterclaim. It is best to create a counterclaim paragraph outline, to straighten out all the points before the writing process.

Presenting and then refuting a counterclaim can certainly be quite tricky. You need to be careful in order to avoid overdoing it. If incorporated with finesse, turning a counterclaim energizes and sharpens your essay. Keep your thoughts open and consider both views to an argument to empower your claim even more so.

It is also necessary to keep it subtle and not to crowd your claim with any emotions. But state it in a way that stirs your reader’s emotions. Hence making the facts more convincing. If the audience fails to relate emotionally with the content it won’t prove to be as successful. Be aware of this fact throughout the writing process.

Refrain from using disrespectful forms of address for the opposing side. If the writer resorts to demeaning words like “bigoted” “idiocy” or “uninformed viewpoint” it simply displays an immature intellect. Instead of using specific terms, an expertly written argument will automatically show the weaknesses of the counterclaim. Let the audience form their own conclusions by a strong writing style.